For this week, I thought it would be nice to share some research I had done for an inmate in the prison program I do at Tucker. He was curious about Jehovah’s Witnesses, as his grandmother occasionally took him to a Kingdom Hall growing up. He was interested about what they believed, and if they were considered a part of Christianity. For many reasons, I believe it’s important for Christians to understand other religions, from being able to communicate with evangelism to understanding what Christianity itself teaches.

Anyways, here’s a write-up I did for him based off several religious encyclopedias and reference books. Enjoy!

Jehovah’s Witness was a new religious movement created during the late 1800s. The history and evaluation of this movement is somewhat controversial, with many Christians alleging that Jehovah’s Witness is actually a cult, rather than an individual denomination of Christianity. 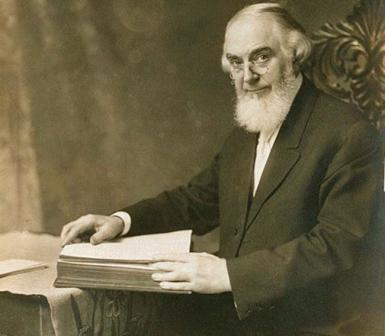 The religion was founded by a man named Charles Taze Russell in Pennsylvania in 1870. Russell had a background in the Presbyterian and a Congregationalist churches. He worked as a Christian minister and bible scholar in early adulthood, but soon began to reject many mainstream teachings of Christianity. He denied the immortality of the soul, the physical return of Christ, and the concept of the trinity. Russell formed what was known as the Watch Tower Society and began to extensively publish his thoughts. He firmly believed that Jesus was about to return back to earth any day, and that humans were living in the “last days.” His followers spread the message and planted congregations all across the world. Jehovah’s Witnesses have actually been persecuted in many tragic periods of history, including the Holocaust.

Eventually the Jehovah’s Witness moved their headquarters to New York and have roughly 8.5 million adherents worldwide today in about 120,000 congregations. Jehovah’s Witness Kingdom Halls (local congregations) are led by about a dozen men with an acting president. Members are required to devote so many hours a month to evangelize by passing out Jehovah’s Witness printed material in public on street corners and throughout local neighborhoods.

As the name implies, Jehovah’s Witnesses believe that God is known as Jehovah. They emphasize accepting Jehovah in order to survive the impending destruction of the world. They are what is known as an apocalyptic religion, believing that doom will befall earth in the very near future. They require adult baptism and argue that baptisms from all other denominations/religions are invalid and no good. Their faith is further exercised by distributing literature, notably The Watchtower and Awake! pamphlets and magazines door-to-door.

One of the most notable differences between Jehovah’s Witnesses and Christianity is their views on the trinity. They reject the belief that God is revealed in three persons—Father, Son, and Holy Spirit, as taught by scriptural tradition and the historical creeds of faith like the Apostles’ and Nicaean—and simply worship Jehovah alone. They focus more on Jehovah as God than they would Jesus. They do believe that God created Jesus, he existed on earth, and that he died for the world’s sins. Yet they are forbidden from worshipping Christ—only Jehovah is to be worshipped. Jesus is simply viewed as a king or ruler in Jehovah’s kingdom who will oversee rule in the future. This nontrinitarian belief is profoundly different from mainstream Christianity and church teaching from the past 2,000 years.

Regarding heaven and hell, Jehovah’s Witnesses believe that only 144,000 people will make it to heaven. This is a strict interpretation of Revelation 14:1-5. These chosen people will rule in heaven as kings and priests alongside Jesus. They also believe other people outside the 144,000 will also experience life, too, but the others will live on earth outside of the heavenly realm after the earth has been purified.

Overall, a Jehovah’s Witness will argue that their expression of faith represents true Christianity, while all other Christians are condemned. God will allegedly destroy all other churches except for Kingdom Halls in the future.

Another noteworthy aspect about Jehovah’s Witnesses is their sense of separateness in the world. They do not celebrate birthdays or other holidays. They believe that Christmas and Easter have pagan purposes and are thereby sinful to acknowledge. They also refuse military service and do not salute or sing patriotic songs or pledges. In this theological view, the only allegiance they have is to Jehovah and Jehovah’s true church (the Jehovah’s Witnesses)

And medically speaking, Jehovah’s Witnesses are famously (or infamously) known for refusing blood transfusions, a common practice for replacing lost blood during surgery, trauma, or other medical issues. This is based on a strict interpretation of Acts 15:28-29 and other passages regarding the life-giving quality of blood. To accept the blood of someone else is to dishonor Jehovah’s will for one’s life.

This anti-blood transfusion practice is quite controversial, as adults may refuse to treat children with medical maladies. In many cases, this has resulted in lawsuits and cases of child abuse and neglect. Every couple of years, a Jehovah’s Witness child will die because his or her parents refused to seek medical treatment.

Because they reject several basic biblical teachings and Christian creeds, many Christians do not view Jehovah’s Witnesses as authentic Christians. For starters, they deny the divinity of Jesus Christ as Lord, and simply believe that he is a ruler-figure for a heavenly realm. For this reason, I personally do not view Jehovah’s Witnesses as a part of the Christian faith because they deny the worship of Jesus Christ—a central figure in Christianity. They might be best considered a fringe group or sect deviating from the mainstream Christian message practiced by Catholics, Baptists, Lutherans, Pentecostals, Congregationalists, Presbyterians, Methodists, and so on.

Another criticism of Jehovah’s Witnesses is the strict teaching about how God will only save 144,000 people. I personally think this is an improper reading of Revelation, and that this number likely means a figure of speech dealing with the 12 tribes of Israel from before the time of Christ. Additionally, in Revelation 7:9, John speaks of seeing a great multitude no one could count of people in heaven worshipping God–surely more than a limit of 144,000.

One other critique of Jehovah’s Witnesses is that the church is often very strict and controlling. Similar to other faiths in recent years, there have been cases of coverups regarding child abuse with Kingdom Halls and the broader organization. Since 1950 in Australia alone, it is believed that over 1,000 cases of child abuse were not reported to law enforcement. Additionally, if someone disagrees with leaders, a Jehovah’s Witness may be shunned or abused by those religious leaders who hold a lot of power. The Watchtower organization is quite powerful and wealthy, with annual revenue of nearly $1 billion, ranking it as one of the richest corporations in New York. Some studies also indicate that they only spend about 10% for ministry, which raises the question of whether the religious leaders are simply getting rich off of managing a religion.

Other controversies include their translation of the bible—the New World Translation—which many non-Jehovah’s Witness bible scholars do not believe is accurate to ancient bible manuscripts. Jehovah’s Witnesses have also been known for making bold predictions and prophecies about the future, many of which were unfulfilled. For instance, the world was allegedly to end in the years 1914, 1925, and 1975.

But in the same breath, however, it is important to note the bits of truth I see in this particular religion. Devotion and evangelism are noteworthy strong points of this faith. Many Christians might be able to learn a thing or two by seeing how devoted a Jehovah’s Witness is willing to go door-to-door and share about their religious views. The average American Christian is usually timid about his or her faith, shying away from sharing it with others.

I also believe that Jehovah’s Witnesses are also onto something regarding public life and faith. I believe that Christians too often idolize political institutions, putting more hope in the military, a president, or political party than God himself. Jehovah’s Witnesses “get it right” in this regard—our only allegiance ought to be God’s kingdom, rather than the Republicans, Democrats, or Independents.