Is it OK to get angry?

This question might sound somewhat silly. Anger is a fairly common emotion. It comes rather easy for us in most situations! From moody toddlers to self-sufficient adults, people of all ages get upset at either life circumstances or other people.

I think it is still worth wrestling with this question, however, given that our world is often filled with anger to the point of blind, unrelenting rage. Anger is also often connected to violence, whether physical or verbal. We quickly assume our anger is always righteous, but we don’t do a good job of defining either term!

Scripture makes many references to anger, humans, and God quite a number of times. Some of these instances are humans being angry with one another. I think these are likely the least “legitimate” forms of anger, considering that sibling rivalry and other conflict lead to terrible outcomes in scripture, not to mention God is the “missing character” of these tragic tales! Sometimes anger is expressed by humans at circumstance. The Psalms, for all their so-called “devotional” language, are often filled with expressions of anger. And finally, there are many well-known instances of God being angry with humans.

Our sermon on Sunday highlighted a point in Jesus’ ministry where he arguably felt anger–he cursed the fruitless fig tree. Right before this odd episode we read about another case of anger where Jesus also drove out all the corruption in the temple. 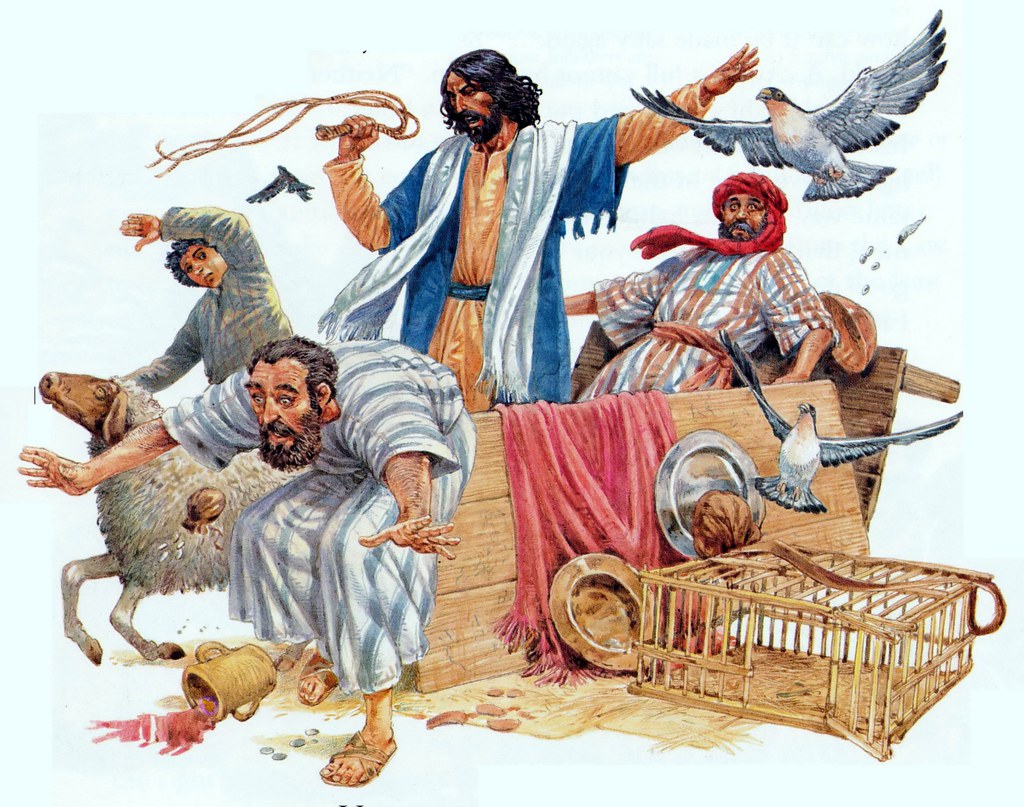 So what should be our “standard” for getting angry? Is it simply a harmless emotion? Or could it be something toxic? Is “righteous anger” even possible?

To narrow down this issue, let’s turn to Ephesians 4:26-27, which states that “In your anger do not sin: Do not let the sun go down while you are still angry, and do not give the devil a foothold.”

When I think about anger and faith, these verses always comes to mind. Paul commands the church of Ephesus that anger does not necessarily lead to sin. Moreover, even when we are angry, we should still not dwell on that emotion–we must literally put it to rest as we end our day! Unexamined anger can actually give Satan a foothold and cause us unthinkable damage.

When you begin to feel anger, ask yourself, “Does it feel like I’m being led into sin?” I think anger would lose its destructive power if we simply examined our emotions.

Anger is often connected with judgment. We as Christians are called to judge things and not people. Judging between right and wrong is better called discernment, and is an important exercise to do throughout your daily walk. On the other hand, judging people is something only God is allowed to do.

I would argue that we can think of anger in a similar manner. It is OK to get angry at things, but to direct our anger at another human, we potentially cross the line. We rush to judgment, rather than seeing that person as a child of God. That person ought to be the object of our love, instead of bitterness.

What might be some things to get angry about? I think Jesus gives us a practical example.

Jesus was angry that God’s temple had been corrupted. Perhaps Christians could learn a thing or two and speak out against greed in our culture. We would much rather place our hope and trust in the almighty dollar, instead of an everlasting relationship with God. That’s definitely something to get “angry” about.

Jesus was also angry with the fig tree’s unfruitfulness. Maybe we ought to be mindful of our own fruitfulness. Anger is a valid thing to feel when considering the fact that our world is broken, but we struggle with being self-centered and being faithless. We also turn to look the other way when someone is in need. Hopefully we cultivate spiritual fruit as Christians.

Remember that it is OK to feel anger… and also remember that we should not let it cause us to sin. Righteous anger is a legitimate part of faith, but we too often let our own anger run wild, without examining our heart.